“We have a long-term commitment to India and South Asia and recognize that there is strong demand for batteries and battery separator in this region” Bryan Moorehead, president of Daramic said, “Daramic was the first major company to bring battery separator finishing to India with our facility in Bangalore in 2008. Daramic was also the first company to see the important application differences in this region, which gave us the foresight to be the first company to invest and build a regional research and development center in India in 2012.”

Moorehead went on to say, “Now Daramic is the first major company to invest in building the infrastructure to manufacture and locally supply PE battery separator in India. In addition to investing in the building and the equipment, Daramic has also invested and will continue to invest in the local community as we staff the Gujarat facility with local employees.”

The opening of the Gujarat manufacturing plant further demonstrates Daramic’s commitment to technological advancement in battery separators and battery technology. It further expands Daramic’s footprint in Asia to six locations and increases the total number of global manufacturing facilities to ten across three continents including North America, Europe and Asia. 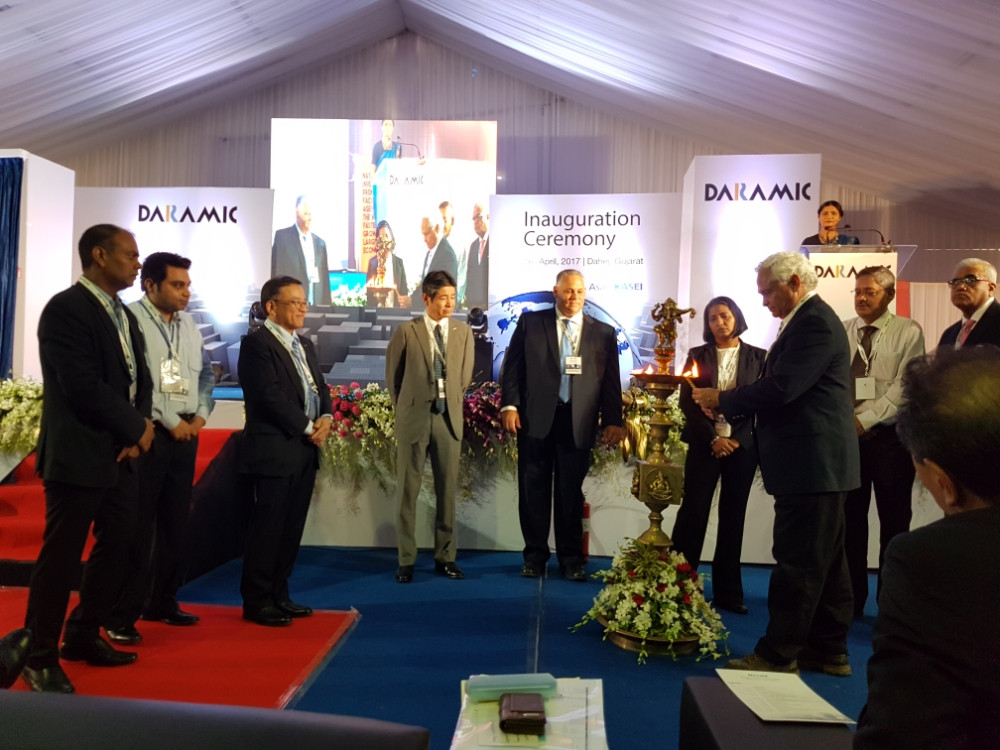 Daramic, LLC, an Asahi Kasei Group company, is the world's leading manufacturer of battery separators for automotive, industrial, and specialty applications where today they supply high performance polyethylene and phenolic resin battery separators into the lead-acid battery industry. As the inventor of polyethylene separator, Daramic has led the way in developing innovative technology for the global lead-acid battery industry over 85 years. See www.daramic.com.

The Asahi Kasei Group is a diversified group of companies led by holding company Asahi Kasei Corp., with operations in the material, homes, and health care business sectors. Its electronics operations include a broad range of high-performance energy/electronics materials such as the Hipore™ lithium-ion battery separator, photosensitive dry film used in the production of printed wiring boards, and photomask pellicles used in the production of LCD panels and semiconductors. With more than 30,000 employees around the world, the Asahi Kasei Group serves customers in more than 100 countries. For more information, visit www.asahi-kasei.co.jp/asahi/en/.